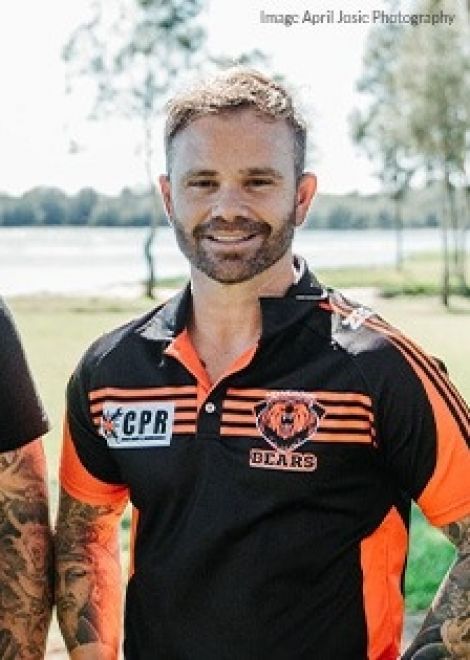 Launched in 2011 by Beating Bowel Cancer, Decembeard® was created as a quirky way to draw attention to the UK’s second biggest cancer killer – bowel cancer – and to raise funds.

One of the many things Australia has in common with the UK, as well as our joint love of facial hair, is that bowel cancer is also Australia’s second biggest cancer killer.

Decembeard® Australia's goal is to have a lasting impact on our health future - where no one dies of bowel cancer and all those diagnosed receive the support they need.

Women and children are also encouraged to take part in Decembeard® Australia by making or faking a beard and encouraging their fathers, brothers, husbands, boyfriends, partners and male friends to find out about bowel cancer and grow a beard for Decembeard® :)

Bowel cancer and men – the impact

In its early stages bowel cancer often has no obvious symptoms; however, any of the following may be suggestive of bowel cancer:

Not everyone who experiences these symptoms has bowel cancer. Other medical conditions, some foods and certain medicines can also cause these changes.

However, if you are experiencing any of the above symptoms for more than two weeks, don’t delay in talking to your GP about them.

Early detection could save your life.

No matter your age, you should never be told that you are “too young” to have bowel cancer.

Most men who develop bowel cancer have no family history of the disease.

However, having a relative, especially a first-degree relative such as a parent, brother, sister or child with bowel cancer can increase your risk of developing bowel cancer.

For example, if either of your parents were diagnosed with bowel cancer before age 55 you would be considered to have a moderate bowel cancer risk.

If you have three close relatives diagnosed with bowel cancer at any age, you would be considered to have a high bowel cancer risk.

In both examples, it is advisable to see your GP for individual advice about bowel cancer surveillance or screening.

Choices you make related to diet, lifestyle, screening and surveillance can influence your bowel cancer risk.

Because you can change or modify these risk factors, they are referred to as ‘modifiable’.